When running a limited company, it’s important to understand the different legal concepts involved, from both an accounting and company law perspective. In particular, a number of key UK tax provisions turn, in part, upon the meaning of ‘ordinary share capital’. Equally, it’s important to understand the benefits and drawbacks of ordinary share capital, when compared against other types of share capital, when any decision is made to issue shares.

Below we examine exactly what’s meant by ordinary share capital, as well as the advantages and disadvantages of ordinary shares, and the tax implications arising from this.

To understand what is meant by ‘ordinary share capital’, we must first consider the meaning of ‘share capital’. This reflects the equity or ownership interests of the shareholders in the company, either by way of their right to dividends or profits declared, or a right to share in any company’s assets in a winding-up after creditors have been repaid.

As a distinct legal entity, a company’s assets are strictly owned by the company itself, and not by the shareholders individually, although the shareholders as members together have ownership of the company through what’s known as their ‘equity’. The shares therefore express the shareholders’ proprietary interest in the company, where if shares represent ownership, then the share capital is the total value of the shares issued by that company.

When a company is limited by shares, its members hold shares in the company’s share capital, where shareholders are only personally liable for what they put into the business. A company can also be formed without share capital, with the members’ liability limited by guarantee. In these cases, rather than taking profit from the company, any money is usually put back into the business to help promote the non-profit objectives of the company. Companies limited by guarantee are typically formed by non-profit seeking members — known as guarantor owners — who wish to operate via a corporate entity, and are commonly used for charities.

Businesses can issue different types of shares — including ordinary shares, preference shares and redeemable shares — which give shareholders different rights to dividends, profit-sharing and voting, although most businesses issue ordinary shares.

To be within the excluded class of shares, the shares in question must therefore constitute:

The statutory definition of ordinary share capital looks solely to the dividend rights and any additional right to share in the company’s profits attached to a share.

Provided share capital doesn’t fall within an excluded class of shares, it will be classed as ordinary share capital, regardless of how this is described or treated for accounting purposes. The question of whether or not a share is ordinary share capital is essentially determined by the rights attached to the share, and not by either the subjective intentions of the parties as to its tax status, what happens in practice or how the shares are described.

What types of shares fall within the meaning of ordinary share capital?

The general principle behind ordinary share capital is to distinguish equity capital from loan capital, excluding instruments that are in legal terms shares but in effect represent perpetual debt, namely fixed rate preference shares. In accordance with guidance issued by HMRC in the context of applicable tax provisions, a broad interpretation is given to the meaning of ordinary share capital, where the following will usually fall within its scope:

In accordance with the same guidance issued by HMRC, the following shares will not usually be considered as falling within the scope of ordinary share capital:

There are also other categories of shares considered by HMRC to be borderline cases, including preference shares where a coupon compounds over time, or a preference share where a rate of interest is added if a dividend is unpaid.

What are the advantages and disadvantages of ordinary share capital?

When issuing shares, it’s important to understand what risk and reward attaches to these, with the advantages and disadvantages involved for both shareholders and the business.

The principal rights for shareholders that usually attach to an ordinary share are:

What are the tax implications of ordinary share capital?

Depending on the factual scenario in question, or the particular tax provision in play, classification of shares as ordinary share capital may be what the taxpayer seeks or what that person seeks to avoid. For example, in the context of the provisions for entrepreneurs’ relief, by holding a specified percentage of ordinary share capital for the relevant 12-month period prior to disposal, provided all the other requirements are met, an individual will qualify for relief, providing a lower CGT rate on the disposal of their shares.

In contrast, in HMRC v Warshaw [2020] UKUT 0366 (TCC) the taxpayer sought and succeeded in arguing the classification of preference shares as ordinary shares. In this case, it was held that the 10% cumulative preferential dividends which were compounded for unpaid dividends was not a dividend at a fixed rate. The shares carrying such rights were to be treated as ordinary share capital, meaning that Mr Warshaw was entitled to entrepreneurs’ relief on a disposal of his shares. This decision is, however, contrary to HMRC’s stated position on cumulative preference shares, where much may depend on the facts involved.

What are ordinary shares examples?

Ordinary shares refers to any shares that give the shareholder a right to vote and receive dividends, albeit not at a fixed rate, for example, fixed rate preference shares are excluded from the definition of ordinary shares.

Is ordinary shares an asset?

What are ordinary shares in accounting?

In accounting, ordinary shares refer to all the company’s issued share capital, except any capital attracting a right to a dividend at a fixed rate but with no other right to share in the company’s profits, such as preference shares.

Ordinary share capital is the total value of the ordinary shares issued by a limited company, while reserves are the funds usually earmarked by the company for a specific purpose or project, which the company intends to use in future.

The matters contained in this article are intended to be for general information purposes only. This article does not constitute legal or financial advice, nor is it a complete or authoritative statement of the law or tax rules and should not be treated as such.

Whilst every effort is made to ensure that the information is correct, no warranty, express or implied, is given as to its accuracy and no liability is accepted for any error or omission.

Before acting on any of the information contained herein, expert professional advice should be sought. 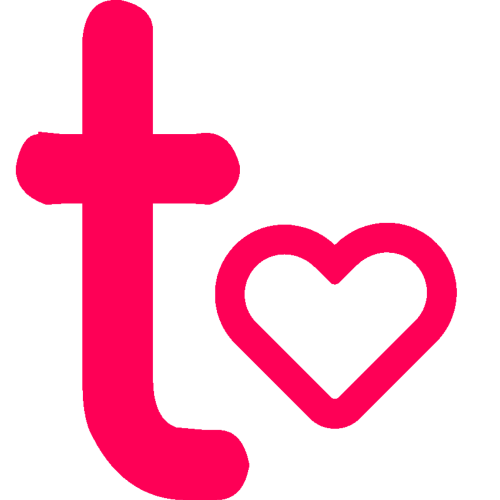 Taxoo
Taxoo is a leading business and financial resource aimed at supporting businesses by providing reliable information and resources that can save business owners time and money.

Understanding how income tax works can initially seem confusing, especially when you’re just starting out in the workplace or working...
Read
Corporation Tax

CT600: How to File Your Company Tax Return

Among the financial and reporting obligations on limited companies in the UK is the requirement to notify HMRC of annual...
Read
Accounting

Employees who travel for work purposes may be eligible for tax relief on travel expenses that are not reimbursed by...
Read

Employees who travel for work purposes may be eligible for tax relief on travel expenses that are not reimbursed by...

Want to stay up to date with the latest business news?

We would love to hear from you! Please fill in your details and we will stay in touch. It's that simple!

Understanding how income tax works can initially seem confusing, especially when you’re just starting out in the workplace or working for yourself. As a...

CT600: How to File Your Company Tax Return

Among the financial and reporting obligations on limited companies in the UK is the requirement to notify HMRC of annual corporation tax liability. This requires...

Employees who travel for work purposes may be eligible for tax relief on travel expenses that are not reimbursed by their employer. The general rule...

This website uses cookies to improve your experience while you navigate through the website. Out of these cookies, the cookies that are categorized as necessary are stored on your browser as they are essential for the working of basic functionalities of the website. We also use third-party cookies that help us analyze and understand how you use this website. These cookies will be stored in your browser only with your consent. You also have the option to opt-out of these cookies. But opting out of some of these cookies may have an effect on your browsing experience.
Necessary Always Enabled
Necessary cookies are absolutely essential for the website to function properly. This category only includes cookies that ensures basic functionalities and security features of the website. These cookies do not store any personal information.
Non Necessary
Any cookies that may not be particularly necessary for the website to function and is used specifically to collect user personal data via analytics, ads, other embedded contents are termed as non-necessary cookies. It is mandatory to procure user consent prior to running these cookies on your website.
Save & Accept