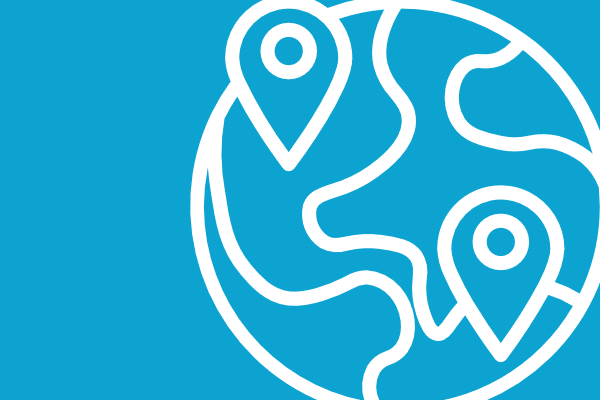 If you are UK tax resident but not domiciled in the UK, special rules apply to determine the basis upon which you pay UK tax. Below we examine the rules relating to non doms, including recent reforms to the law.

Domicile is therefore not necessarily where you are living right now, but typically the place in which you have the closest ties or connections.

This may be your domicile of origin, ie; where your father considered his permanent home when you were born, although your domicile may have changed if you subsequently moved abroad.

You can also acquire a domicile of choice if you have resided in another country with the intention of staying there permanently.

In circumstances where your practical or financial affairs are especially complex, your domicile status may be hard to determine, exposing it to the scrutiny of HMRC. That said, in the UK, only a court can make a formal ruling as to domicile.

There is no statutory definition of domicile, rather your domicile status will be determined with reference to common law principles and previous case law.

If you are classed as UK resident you are liable to pay UK taxes on what’s known as the ‘arising basis’ of taxation. This means that all your worldwide income and chargeable gains will be taxable in the UK.

However, non-domiciled UK residents have a choice of whether to use the arising or the ‘remittance basis’ of taxation.

By using the remittance basis, whilst any income and capital gains arising in the UK will remain taxable in full, you will only pay UK tax on any foreign income or gains to the extent that these are brought, or remitted, to the UK.

Note that by claiming the remittance basis you will lose any available personal tax allowances for your foreign income and gains. You may also be liable to a remittance basis charge if you are a long-term resident (see below).

From 6 April 2017 the remittance basis charge became based on two levels of charge, depending on your period of UK residence:

£30,000 for non-doms who have been resident in the UK for at least 7 of the previous 9 tax years immediately before the relevant tax year.

£60,000 for non-doms who have been resident in the UK for at least 12 of the previous 14 tax years immediately before the relevant tax year.

The £90,000 charge no longer applies as from 6 April 2017 because of the deemed domicile changes brought in from that date (see below).

Up until 5 April 2017 all UK residents whose permanent home or ‘domicile‘ was abroad could elect to pay tax on any foreign income and gains on the remittance basis. However, on 6 April 2017 new deemed domicile rules came into force.

These additional changes affect the following:

long-term UK residents
any individual who is currently not domiciled in the UK but was born in the UK, with a UK domicile of origin, and subsequently becomes resident in the UK.

Under the current rules, if you are not classed as domiciled in the UK under common law principles, you will be treated as ‘deemed domiciled’ in the UK for all tax purposes if either Condition A or Condition B is met:

To meet this condition you must:

In circumstances where you meet the deemed domicile rules, you will no longer be able to claim the remittance basis of taxation and will be assessed on your foreign income and gains on the arising basis.

You will also be deemed UK domiciled for inheritance tax purposes.

For long-term residents who have lived in the UK for 15 of the last 20 years, the introduction of the deemed domicile rules introduced in 2017 was significant.

In particular, this represented a major change for non doms who had owned capital assets for many years. Absent the protection of the remittance basis, long-term residents are now subject to capital gains tax on disposals of both UK and foreign assets.

However, the impact of these changes has been lessened by what’s known as the ‘rebasing rules’.

Provided certain conditions are met, this transitional relief has allowed foreign assets owned by newly deemed UK domiciled residents to be treated as if they had been disposed of and reacquired at their market value at 5 April 2017.

This means that only the rise in value beyond 5 April 2017 will be subject to capital gains tax, effectively exempting the earlier gain.

However, this rebasing relief applies only to personally held assets, and not to assets held in other structures, for example, trusts and companies.

Where an offshore bank account contains a mix of unremitted foreign income, gains and tax-free capital, the UK tax rules prescribe the order in which each part is to be deemed remitted, ensuring that the greatest tax liability arises at the earliest possible time.

Following the introduction of the new rules in April 2017, the government provided a one-off window of opportunity for non doms to cleanse any mixed funds held overseas.

Subject to certain conditions being met, this transitional provision allows individuals to cleanse mixed funds by transferring money from one offshore account to another.

However, the two-year window within which to take advantage of this provision ends 5 April 2019.

Although it will not be possible to rebase assets to market value under a trust, new protected status has been given to settlor-interested non-UK resident trusts made before an individual becomes deemed UK domiciled under the 15/20 rule.

The regime operates to protect a UK resident, deemed domiciled settlor, from being taxed on the arising basis on trust income and chargeable gains within the protected settlement, subject to all the relevant conditions being met.

However, as with all of the recent reforms relating to non doms tax, the rules here are complex and professional advice should be sought.

For individuals who became deemed UK domiciled on 6 April 2017, you should be warned that the taxation calculations involved in any gains on foreign assets can be complicated and time-consuming.

Moreover, the window to cleanse any mixed funds is shortly due to expire.

This is a highly complex area of law, where the financial stakes are potentially very high, and advice from a tax specialist should always be sought.

The matters contained in this article are intended to be for general information purposes only. This article does not constitute legal or financial advice, nor is it a complete or authoritative statement of the law and should not be treated as such.

Whilst every effort is made to ensure that the information is correct, no warranty, express or implied, is given as to its accuracy and no liability is accepted for any error or omission.

Before acting on any of the information contained herein, expert legal or other advice should be sought.

What is Income Tax for Expats?

Taxes for Expats: A Guide

What Are Benefits In Kind?

The use of benefits in kind by employers to compensate or reward employees is a well-established practice in the UK. These benefits very often...

HMRC Tax Investigation (What You Need to Know)

HMRC tax investigations into whether a person or business have met their tax obligations vary greatly depending on the details of the individual case,...

Under current rules, self-employed workers do not have as many maternity rights or entitlements as employed workers. However, if you work as a freelancer...

This website uses cookies to improve your experience while you navigate through the website. Out of these cookies, the cookies that are categorized as necessary are stored on your browser as they are essential for the working of basic functionalities of the website. We also use third-party cookies that help us analyze and understand how you use this website. These cookies will be stored in your browser only with your consent. You also have the option to opt-out of these cookies. But opting out of some of these cookies may have an effect on your browsing experience.
Necessary Always Enabled
Necessary cookies are absolutely essential for the website to function properly. This category only includes cookies that ensures basic functionalities and security features of the website. These cookies do not store any personal information.
Non Necessary
Any cookies that may not be particularly necessary for the website to function and is used specifically to collect user personal data via analytics, ads, other embedded contents are termed as non-necessary cookies. It is mandatory to procure user consent prior to running these cookies on your website.
Save & Accept